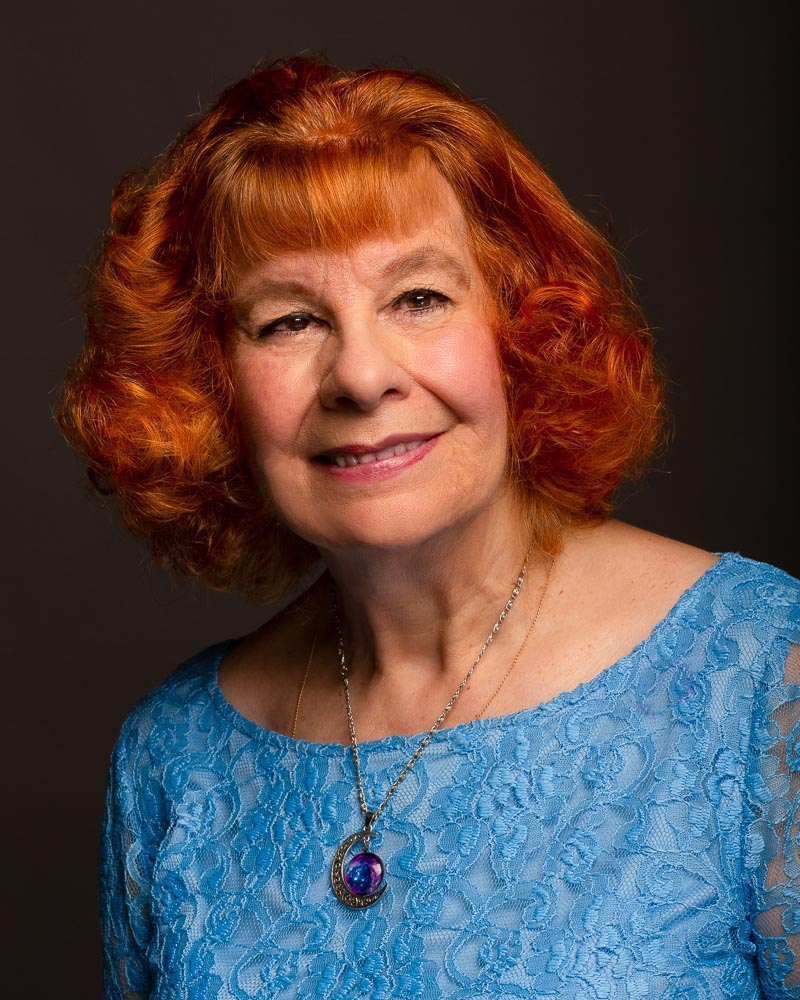 Hywela Lyn  most of her  life in Wales and the beautiful countryside and legends inspired her to write. Although she now lives in a small  village in England, she is very proud of her Welsh heritage and background.  She enjoys weaving romantic tales of the future, and distant, mysterious worlds.  Her pen name is a combination of her first two names.'Hywela’ is Welsh and her first name but it was never used and she has always been called by her second Christian name, Lyn.   One thing remains constant in her writing:  The power of love.  Love, not only between her hero and heroine, but between friends and siblings, and for their particular world and the creatures that share it.

She is crazy about all animals, especially horses.  She lives with her long suffering husband, Dave, and has a  bossy but loveable mare called T'pau and an adopted terrrier called Choccy.

Hywela Lyn’s first novel, 'Starquest', a futuristic romance is published by The Wild Rose Press who also published  'Children of the Mist'. A third book,in what has now become the Destiny Trilogy, entitled 'Beloved Enemy'was  Nominated for the RoNA and second runner up in RONE Awards 2017, also winning the 'Best Banter' Award from the MMRWA.

All three books will soon be available in audio.

'Dancing With Fate', a fantasy novella first published by The Wild Rose Press,  is available now as an e-book or paperback available on Amazon.

All my books can be found on my Amazon US page: https://www.amazon.com/HywelaLyn/e/B002BMBXH4/ref=ntt_dp_epwbk_0 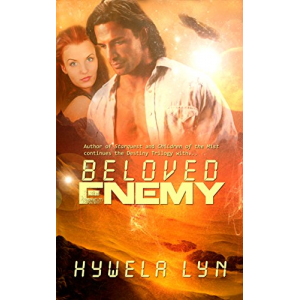 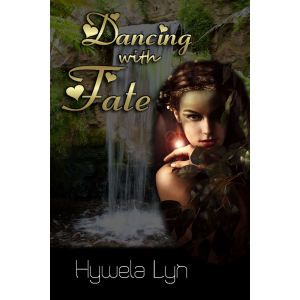 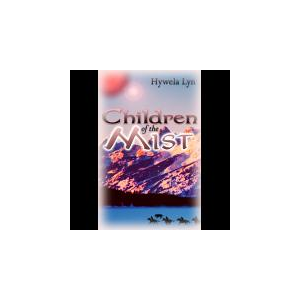 Children Of The Mist 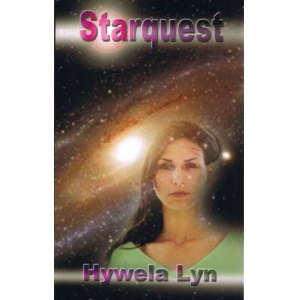 Could you tell us a little bit about yourself?

I was born and lived most of my life in rural Wales but moved to a small village in England when I married sixteen years ago, although my  dream (apart from writing a 'best seller' is to eventually move back to my native land.) I write fantasy and futuristic romance, and many of the settings in my books are based on the beautiful countryside and mountain ranges of Wales.

I love the countryside and all animals and devote as much time as I can to my two horses, Harri and T'pau.  My other animals include two 'feral' cats who do the mousework at the stables where the horses live, and a rescued Jack Russell called Bouncer. Harri features in  my fantasy novella, 'Dancing With Fate' along with 'Sal' my old mare who sadly passed away three years ago at the grand old age of 34. I usually manage to include a horse of some description in most of my stories.

I have two futuristic novels published by The Wild Rose Press, in print and EBook format and have short stories published in several UK magazines and periodicals, including 'The Lady'.

Describe your book ‘STARQUEST’ in 30 words or less.

A young woman searches the galaxy for her lost love. After facing many dangers, she realizes that what she seeks is much closer than she could ever have suspected.

What was the hardest part of writing your book?

'Letting go!'  I became so fond of my characters, it was really hard to finish, and I revised the story many times before I finally decided 'enough was enough' and submitted it!

What books have had the greatest influence on you?

Oh there are so many.  I love Isaac Asimov's 'Foundation series' and of course the 'Lord Of The Rings' trilogy, but there are so many books which have had a great impact .  I read widely, not just Fantasy and Science Fiction, but a range of other genres.  My earliest introduction to Science Fiction was probably Anne McCaffrey  and her 'Dragon' series, the first being 'Dragon Flight'. I remember being completely captivated by the beautiful planet of Pern and the genetically engineered telepathic dragons.  I wrote to her for advice before I started writing 'Starquest' and to my delight she wrote back and said 'Write what you would like to read'.  So that's exactly what I did!  I soon realized that while I loved building imaginary worlds and strong, adventurous characters, romance also played a major part in my stories.

Briefly share with us what you do to market your book?

Mainly blogging.  I have my 'Book Buzzr' samples on my Blog as well as  my website and I think they speak for themselves without my constantly having to 'plug' my work!  I love to promote other authors and have them guest blog or be interviewed, and in that way I feel I am also building up a network of readers myself. I belong to many loops, and they're all excellent in their way, but these day, I tend to read the comments but 'lurk' more than commenting myself. I will post excerpts and contests etc. if I have a new release, but I don't like to seem to be constantly 'promoting', and don't really have time to just 'chat'. I have a  'Facebook' Page, which has a feed to my Blog,  and a 'Twitter' account. I find the 'Book Buzzr;' widgets really good, they are fun with their turning' pages and advertise the cover and a sample in a much better way than just a book cover graphic with a link.

How do you spend your time when you are not writing?

Reading, of course, watching the occasional film on TV, and getting out into the countryside.  I love the outdoors and spend a lot of time with my horses, or walking my dog.  I don't get to ride as much as I used to, since the horses live quite a long way away, but they need tending every day, especially in the winter. I'm lucky in that my husband helps me a with them a lot, freeing up time for my writing, although I've dreamed up many a plot when 'mucking out' or going for a long ride in the hills.

What are you working on next?

The third book to complete the Starquest trilogy'.  It wasn't originally  intended to be a trilogy, but having written  Starquest, I went on to write a sequel, featuring the heroine in the original book, although it's primarily the story of one of the secondary characters.  After I'd written it one of the charactersStarquest started nagging me to write his story.  Since he kind of 'lost out;' in the original it seems only fair!