Gary Val Tenuta is a freelance writer, illustrator and book cover artist. His illustrations and articles dealing with the UFO phenomenon and other subjects in the paranormal realm have been published in Fate Magazine in the U.S. and Beyond Magazine in the U.K.

Gary is the author of The Ezekiel Code, a metaphysical/mystery/adventure/thriller in which 2012, the end of the ancient Mayan calendar, plays a key role in the plot.


The code element in The Ezekiel Code is derived from Gary's real-life 10+ year exploration/research into the hypothesis that the English alphabet is encrypted in such a way that it has a unique correlation to the base-10 numbering system. This work has been called "a significant contribution to the establishment of an English-based system of gematria". The work is presented in detail at www.secretofnine.com. In the fictional tale of The Ezekiel Code this alphanumeric code plays a major role in the plot and eventually leads the two main protagonists on an adventurous quest for a lost scroll and a most unexpected ancient artifact that will save the earth from total annihilation. 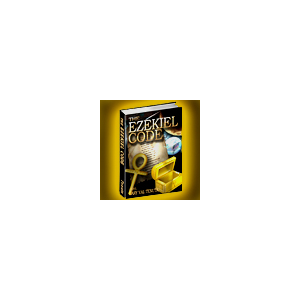