C.A.Milson was born in Brisbane, Queensland, Australia. His father is British and his mother is Australian. Although his roots stem from Britain he also has roots in Germany.

Milson has written 26 short stories (and counting), 2 novels and is a guest contributing writer for SchoolEnglish Magazine.

Growing up in Brisbane in the suburb of Kedron. Milson attended local high school, Kedron High then Wavell High.

Writing has always been in his blood. His grandmother was a gifted writer who wrote many jingles for radio and tv commercials in Australia in the 1960’s. His grandfather was an actor who appeared on Australian tv for a number of years in the early 1960’s. His great grandfather was Clement Lindley Wragge (the guy who started the trend of using people’s names for cyclones).

From a teenager he started to read the workings of master horror writer H.P.Lovecraft and found a love for horror writing himself. He didn’t start to develop that love for writing until 1989, when he was living in Victoria.

Milson tends to keep his private life exactly that. Apart from writing his interests include cooking, piloting, coaching, watching a good movie, socializing, listening to rock music and keeping in touch with his fans.

Milson is also known to give public and private lectures on writing and coaching/training on marketing.

Milson’s taste in music ranges from Alien Ant Farm to ZZTop, but he holds a particular like for Rock Music and Aussie bands such as AC/DC, Dragon and The Uncanny Xmen (Uncanny Xmen were a popular band in Australia for a brief time)

When Milson is not writing he is known to travel frequently between Europe, North America and Australasia.

Milson has resided in the US, (where he lived in NYC and NW Ohio), and New Zealand. 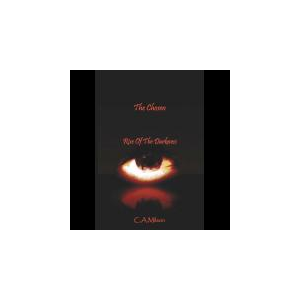 The Chosen - Rise of The Darkness